In a career milestone, Dan Martin (Israel Start-Up Nation) won Stage 17 of the Giro d’Italia by riding on Maxxis Tyres With this victory, Martin has now won stages at all three Grand Tours: the Tour de France, the Vuelta a Espana and the Giro.

Riding Maxxis’ custom Yalla Academy Tyres, Dan Martin was determined from the outset to win the stage. While the first hour of racing saw several groups breakaway only to be caught a short time later, Martin was then part of a breakaway group that opened a gap and held it. He took the lead on the brutal 14-kilometre Passo di San Valentino climb and again on the Sega di Ala climb, subsequently upping his pace all the way to the finish line in order to secure the stage victory.

“I knew from recon I did of this climb that it's easier with two kilometres to go, so I rode my pace on the steeper section, just rode a good tempo and then I really went full gas with 2.5 kilometres to go because I knew they were coming close and I could kill their morale. It wasn't until then I really went all in,” Dan Martin told Cyclingnews. He won by 13 seconds in 4:54:38.

“Dan said yesterday that he would give it a go in today’s stage. He said this climb suited him particularly well. The team did amazing to get Dan into the break. He delivered and I am super proud,” said Israel Start-Up Nation co-owner Sylvan Adams.

The Giro d’Italia concludes May 30 with Stage 21.

Want to get "Wheel balancing" performed on your vehicle?CLICK HERE

For over 50 years, Maxxis International has delivered high-quality tyres to both original equipment and aftermarket customers. Maxxis offers products for automotive, light truck, motorcycle, ATV, bicycle, lawn & garden and industrial use. The company has operations in Asia, Europe and North America, and its products are distributed in approximately 180 countries. Maxxis International employs more than 30,000 people around the world. For more information, please visit maxxis.com.

What do you think about Dan Martin winning Stage 17 of the Giro d’Italia on Maxxis Tyres? Tell us your thoughts in the comment section below.

Locate Tyre Dealers in Your City

Have a question about Tyres?

Get an answer in 24 hours from our experts.

Thankyou for asking question, we will review and provide you an expert answer. 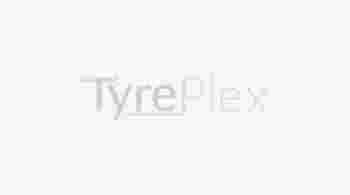 All MAXXIS Showrooms
Search tyre in other city

Ask your question from {Swift} owners and experts

Fill up the form to Submit for Cashback. Form Link

Fill up the form to Submit for Cashback. Form Link

Enter Your Pincode for Best Offers

Maximum of Three products are allowed for comparision

Search Tyre for Your Vehicle